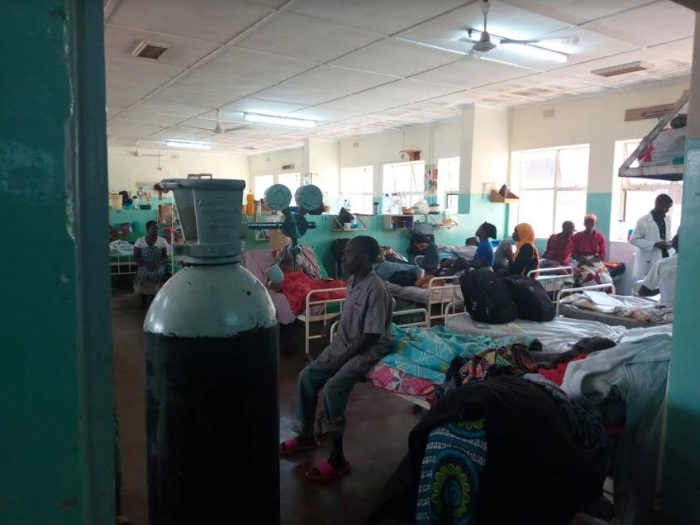 Hello readers, I am back! As you may recall I was studying medicine in Pakistan, but I finally graduated! As of December 2016, I am officially Dr Salman Munir!!! Apologies for being away for so long, as I was busy with my finals! A few months after I graduated, I had the opportunity to go to Malawi.

This past April I was studying the library for my United States Medical Licensing Exam (USMLE) when I got a call from my parents. They informed me of an opportunity that came up to send me to Malawi. I was very excited and quite nervous since this would become my first trip to Africa but there was no way I was going to pass up on this amazing opportunity.

I found myself landing at Chileka International Airport, Blantyre a few weeks later. I come from a developing country, but when I landed I too was taken aback by the poverty I saw around.

After settling in and relaxing after a long journey, I started to find out more about the local hospitals and how I could volunteer or work at a local central hospital. I was informed that I was not eligible to work at the hospital as a doctor because the medical council of Malawi had specific experience requirements that I did not fulfill. I ended up doing a clinical elective as a student but carried out all the tasks a doctor would: taking an active role in patient care, carrying out the consultants orders and helping the nursing staff around with their jobs as well.

Even though I was working at one of the biggest hospitals in the country backed by the government and other foreign organizations, it was not like the hospitals I was privileged enough to work in before. The doctors who were volunteering or working as permanent staff worked with the most limited resources yet they still managed to provide the best health care one could give in their capacity. There are many things I believe we take for granted as doctors, nurses and patients, to see in a hospital. This was not the same for hospitals in Malawi. A simple thing like oxygen was not always available for every patient so we had to prioritize the patients. We as doctors were forced to make decisions based on who is more likely to pull through and who has bleak chances. We were dealing with limited resources and supplies.  Even dialysis was a luxury for patients, a luxury that many couldn’t afford. Due to scarce resources we often had to refer patients to hospitals that were at times over 300 kilometers away.  In Malawi I realised guidelines and textbook knowledge are not always applicable. In fact most of the time, decisions made in patient management would come down to experience and gut instincts.

Lack of resources is not the only limiting factor that leads to high mortality rates in Malawi. An average Malawian laborer earns 5000 kwacha, converting to hardly 7 USD a family for a week. The average weekly income is not enough to cover healthcare and medical costs. Many patients continue working with their on going illness because they can not afford to take time off to receive proper treatment. In return this causes their health to further deteriorate to the point where they become bedridden and hospitalized. The lack of funds often leads to hospitalised patients absconding the hospital as soon as they start to feel better even if they aren’t medically optimised or discharged by their doctor.

It is painful to watch individuals die or become permanently incapacitated due to a curable infection or containable illness. While spending time in Malawi I noticed there weren’t many NCDs, most illnesses were infectious that were transmitted through air, water or blood. HIV and tuberculosis (TB) were two of the most common illnesses that I witnessed. TB is a curable illness with usually no disability, but unfortunately this isn’t the case for many Malawians. Many had recurrent TB or prolonged untreated TB that by the time they ended up in the hospital they TB spread to the spinal cord. TB in the spinal cord can cause severe destruction of the vertebrae and causes a variety of related disabilities. I witnessed similar outcomes for individuals living with HIV. In Malawi an individual would only get screened for HIV if they go to the hospital for any illness. There is no centralized screening program for Malawians to get tested at regular intervals throughout their lives for early diagnosis and treatment.

If someone was diagnosed in time with either one of the illness aforementioned they would often live too far from a local health clinic preventing them from refilling their medicines. Often patients would get to the health clinic only for the clinic to be out of stock for the medicines needed by the patient. Added to that vaccination is not a common practice in Malawi due to illiteracy and lack of postnatal care, consequentially taking their conditions from bad to worse.

The notable NCDs I came across while in Malawi were Hypertension, Stroke, Diabetes and Hypothyroidism.  These illnesses don’t seem like a huge problem if seen from the eyes of the developed world but unfortunately it doesn’t hold true for Malawi and most African countries. Due to their impoverished conditions, most of the time patients cannot get the follow up tests done due to its cost even though they are subsidized greatly and centers which do it free are often very far for most people who come from rural away villages. Added to that medicines and their unavailability further complicates medical management for both for the patient and doctors. Even if the medicines are available there is a constant shortage for resources due to corruption and theft of the donated medicines and supplies.
​
After my time spent volunteering in Africa and having the first-hand experience I came to the realization that most of us don’t realize how blessed we are. I call upon all the stakeholders to consider Africa not only as an outlet to do research in field of HIV and creating possible cure/vaccine but at the same time work to help those that are living to live longer and healthier lives. The people are the strength of any country, which will help it grow in all sectors so we should not neglect them in pursuit of our research.