WHO Global Conference on Non-Communicable Diseases 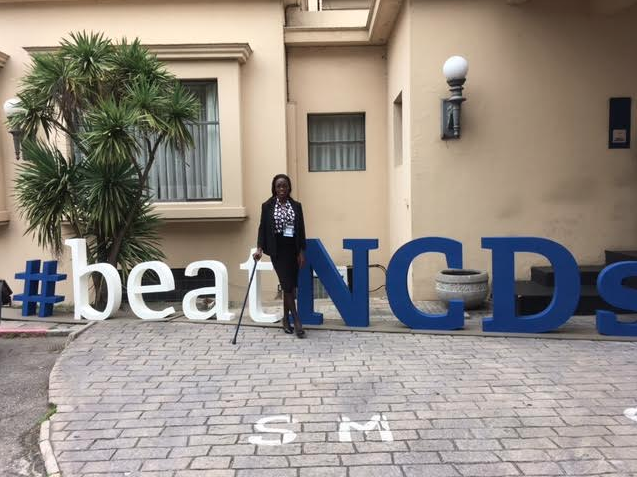 Non-Communicable Diseases (NCDs) such as heart disease and stroke, diabetes, chronic lung disease and cancer, are responsible for approximately 40 million deaths annually with an estimated 87% of these occurring in Low and Middle income countries (LMICs). Moreover, about 38% of these deaths are premature, taking the lives of people aged 30 and 69. NCDs not only reduce the quality of life and productivity of those affected but result in catastrophic healthcare expenditures for individuals, families, health systems and countries, creating economic and developmental challenges which in turn perpetuate the cycle of poverty and undermine progress towards achievement of the SDGs. The four main risk factors that have been identified are tobacco use, unhealthy diets, physical inactivity and harmful use of alcohol. The burden of NCDs is higher in LMICs with differential effects on poor communities because these populations are often inadequately protected from the risks and consequences of NCDs besides the additional weight of infectious diseases.

Several high-level meetings held in the past decade have led to the development of declarations and resolutions that embody the global vision and summarize useful tools to address the increasing threats of NCDs. By targeting individual or shared risk factors, these global strategies have aimed to reduce the threats of NCDs by raising the priority accorded to NCDs in political and development agendas, strengthening national programs, health systems and partnerships for the prevention and management of NCDs in addition to introducing interventions to protect the public from NCD risk factors. They have also sought to encourage prioritization of research, surveillance and monitoring of NCDs.

Despite many countries ratifying these agreements, progress indicators show some countries registering tangible results while others are gravely off course. The 2030 Agenda for sustainable development adopted in September 2015 brought out the inter-connectedness of SDGs and NCDs. It was noted that the “silo-ed” approach to tackling NCDs has greatly impeded national, regional and international progress against not only NCDs, but the Sustainable Development Goals (SDGs) as well. It was then determined that, to accelerate the achievement of NCD-related targets, there was a need for a “whole-of-society’ approach that promoted efficient use of resources in a results-oriented way by encouraging stronger multi-sectoral collaboration, commanding higher-level NCD commitments from all the stake-holders while avoiding duplication of efforts and undue conflicts of interest to the process.

Between October 18th and 20th, 2017, the World Health Organization (WHO), through the Global Coordination Mechanism for NCDs (GMNCD) and under the auspices of H.E Dr. Tabare Vazquez, President of Uruguay, hosted the WHO Global Conference on NCDs in Montevideo, Uruguay. The conference brought together several WHO-member heads of state, representatives of governments and UN agencies, Public Policy decision makers, Non-state actors, Global experts and NCD advocates with the common goal of ensuring coherence in the policies addressing NCDS.
Caring and Living As Neighbours (CLAN) was represented by Dr. Laura Musambayi, a medical doctor from Kenya. With CLANs support, Laura has used her experience as a person living with an NCD and her medical knowledge to passionately advocate against NCDs in Kenya. She has done this through establishment of rights-based community support groups for persons living with NCDs and participating in policy discussions to increase awareness of and access to treatment for NCDs.
The conference was officially opened by President Vazquez and WHO Director General, Dr. Tedros Adhanom. In their speeches at the following plenary session, they highlighted the progresses achieved and the challenges created by incoherent NCD policy development and implementations that necessitated the Montevideo conference.
Other speakers representing various non-State actors, Civil society, governments and United Nations agencies reiterated the differential effects of NCDs to poor communities in LMICs and the inertia demonstrated in the fight against NCDs. Ms. Amy Eussen, also representing NCD-Child, emphasized the importance of youth involvement in tackling NCDs; both as advocates and as participants.

The second day’s agenda mainly consisted of work-shops in which participants shared challenges faced in the fight against NCDs and mental illness. Success stories were also shared and discussions held on how these successes can be refined, adapted and replicated globally to reduce the burden of NCDs and halt the deterioration of current indicators.

The final day featured rapporteur summaries from the workshops held on the previous day and closing remarks from the conference hosts, Drs. Ghebreyesus and H.E Dr. Velazquez. They both encouraged governments and other stake-holders to adopt the Montevideo Roadmap in order to simultaneously scale up efforts to reduce premature death from NCDs, especially ahead of the third United Nations High-level Meeting on NCDs in 2018, and accelerate progress in achieving the Sustainable Development Goals.

Through the Montevideo Roadmap, Governments pledged to:
​
1. Emphasize health as a political priority so as to develop and implement coherent multisectoral policies to prioritize cost-effective, equitable interventions against NCDs including research, surveillance and monitoring.
2. Strengthen health systems and enhance synergies for effective prevention and control of NCDs including palliative care and mental health.
3. Significantly increase the financing of national NCD responses and international cooperation commensurate with the global health and socio-economic burden they impose.
4. Acknowledge the interconnectedness of NCDs with other SDGs and therefore commit to increasing efforts to engage sectors beyond health by integrating inter-sectoral expertise relevant to public health.
5. Reinforce the role of non-State actors by increasing opportunities for their meaningful participation in the promotion of the highest attainable standard of health.
6. Seek measures to address the negative impact of products and environmental factors harmful for health and to strengthen the contribution and accountability of the private sector and non-State actors.
7. Continue relying on WHO leadership, co-ordination, capacity-building and monitoring roles in the global response to NCDs
8. To promote unified action in the response to NCDs by listening to and involving global citizens in order to build an NCD-free future where they enjoy the highest attainable standard of health and well-being.

With the renewed government commitments to addressing the challenges posed by NCDs, non-State actors now have a greater opportunity to engage with other stake-holders to push for greater health gains where NCDs are concerned. Join the conversation on how the youth can be involved in the fight against NCDs on Twitter at #beatNCDs.